Car Battery Disposal – How To Dispose of Car Batteries

The garage is the graveyard for a number of things – old paint cans, garden waste, old white goods and old furniture, they always end up in the garage to gather dust (and take up space). Car batteries are another of these main offenders. Sooner or later your car’s battery is going to die, and chances are you have no way of getting rid of it. Here is what you need to know about car battery disposal. 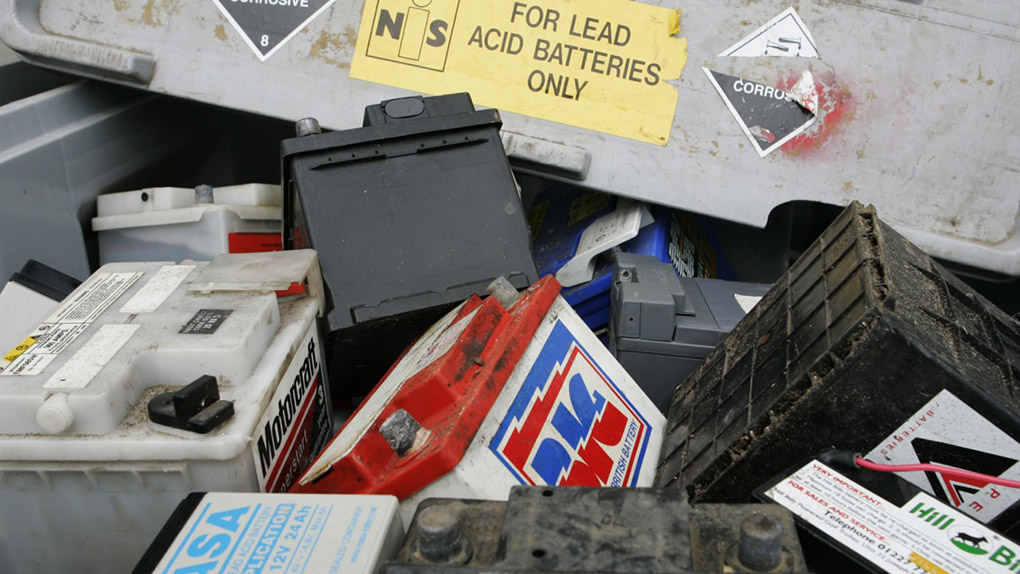 Don’t leave your old car batteries to gather dust and take up space in your garage. Give Sydney Rubbish Services a call. We’ll take care of your old batteries, no worries!

A Little History About Car Batteries

Originally, automobiles did not have batteries (seeing as their electrical makeup was fairly minimal); bells were used instead of horns, engines were started via a crank system, and headlights were powered by gas. It wasn’t until the 1920s that batteries started to make their way into cars, mainly for electric starters which were becoming increasingly popular. However, it was not until the 1970s that the modern sealed battery made its way into automobiles around the world. Unlike early car batteries, these sealed versions did not need refilling.

Battery Council International batteries were the first to be used in cars around 1918, The Hudson Motor Car Company being the first to use a standardised battery. 6-volt systems were used until the 1950s when bigger engines required with higher compression ratios required more electrical power to start. This saw the introduction of 12v starters. However, smaller cars like the VW Beetle and the Citroën 2CV still used 6-Volt starters up until the 1970s.

12v volt batteries remained the norm until the 1990s when 42v systems were proposed in order to power more more powerful electronic accessories. However, the availability of higher-efficiency motors, new wiring techniques and digital controls, and a focus on hybrid vehicle systems that use high-voltage starter/generators has largely eliminated the push for switching the main automotive voltages.

Some Facts About Batteries and The Environment

• 12v batteries remain the most recycled product in the world

• In the U.S.A about 100 million auto batteries a year are replaced, and 99 percent of them are turned in for recycling

• 98% of a lead acid battery can be reclaimed through recycling.

What Do Car Batteries Contain?

Dumping of car batteries, either in landfill or your weekly rubbish rubbish removal service, is illegal, and for good reason. Batteries contain a whole bunch of nasty chemical, including mercury, alkaline, cadmium, nickel and lead acid. All of these are terribly harmful to the environment if they make their way into soil or water supplies.

Dumping in landfill is not allowed because, despite their plastic and metal casing, batteries will eventually leak these chemicals, which can be catastrophic for the local environment.

What Are Your Options?

In Sydney, there are number of options for car battery disposal. There are a number of recycling facilities dotted around the city which will take old batteries to dispose of properly. However, these are few and far between. This means you will have to lug these dirty (and dangerous) old batteries in your car just to get rid of them.

Sydney Rubbish Services have great connections with a range of recycling facilities around Sydney. Your best option is to give us a call. We’ll take care of your old batteries, no worries.

Furthermore, dumping old batteries in your weekly rubbish services is not allowed as they will eventually end up in landfill. And we know how dangerous this is.

Our professional team and sturdy trucks are reliable and efficient and we always think sustainably. There is no job too big or small for Sydney Rubbish Services, so if you are in need of car battery disposal people, contact us today or book a free quote online!

GET A QUOTE TODAY

SERVICES
ABOUT US
GET A QUOTE